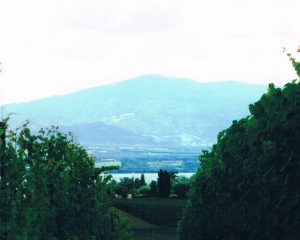 With very few exceptions, there’s something cool or quirky about almost everyone. When things get dull, there’s almost always something you can show or tell at a cocktail party. For some it’s an extra finger or toe. Others can claim that the snotty-nosed kid they babysat in high school grew up to be Jeff Bezos or they share a great-great-grandmother with Emma Stone. Perhaps you’ve written a one hit wonder or your uncle invented the Pet Rock. You get the picture; the possibilities for five minutes of fame or near-fame are indeed endless.

Along with meeting Andy Warhol, interviewing an Olympian and asking a then-candidate-soon-to-be-president a question at a televised town meeting, I’d say my coolest claim would be living abroad. Yes, lots of people live overseas for a while but I flew to Switzerland for an eight week internship and forgot to come home… for almost seventeen years.

Besides many wonderful friends, the best part of living in Geneva was the beautiful lake and countryside. I lived in half a dozen apartments and my windows invariably framed something spectacular – an ancient cathedral, mountains or a field filled with roses. Lac Leman (sometimes called Lake Geneva) was within walking distance. The Alps were about an hour’s drive away.

Now, speaking of friends, Geneva is a transient town and people come and go. However, for a summer or two, a group of young and youngish expatriates came together for what can only be described as adult adventure camp. Almost every weekend, we enjoyed a new escapade. White water rafting, glacier skiing and mountain biking – day trip or weekend – it was always good fun.

A bicycle ride around Lac Leman was among my favorite trips. The ride is just under 200 kilometers. If you don’t speak metric, it’s a bit more than 120 miles. First, I freely admit that from the start we planned a two-day ride. It was not meant to be an endurance test but a fun weekend with an overnight stop in Montreux for dinner and dancing. (If it sounds familiar, Montreux is famous for its Jazz Festival.) The route through Switzerland and France is mostly flat with a few gently rolling hills and spectacular scenery. The weather was perfect.

Gently rolling hills or not, there is nothing like a 100+ mile ride to separate the fit from the non. Within an hour, maybe less, our group was scattered across the plain above Geneva. Only wanting to be polite, the leaders stopped and patiently waited for the stragglers to catchup. I proudly admit I was among the handful at the head of the pack. It was soon apparent that we would never make Montreux, let alone back to Geneva, if we continued to stop and wait every five or so miles.

A goal was set with a town square named as the lunchtime rendez-vous. If all else failed, we’d meet at the hotel in Montreux at the end of the day. If you didn’t show up by six, the support car would go out and fetch you. Finally, we were well and truly off. For some of us, it was a delightful day. It was late summer and the relaxing ride took us past fields of sunflowers and vineyards filled with fat grapes. The Alps were to the right, the lake to the left. For others, it was sixty miles of pure hell.

Although dinner that night was festive, there was little dancing. The next day was as beautiful as the first. The Alps rose over the lake on our left and terraced vineyards climbed up the hill on our right. About a third of our little group were among the missing on day two. Well, not really missing, they took advantage of Switzerland’s highly efficient train service and were home in time for lunch.

For a simple supper, you can’t beat pasta with fresh, local tomatoes and herbs from the garden. Enjoy!
Serves 6-8

Put the chopped tomatoes and their juice in a bowl, add the garlic, 2 tablespoons olive oil, the vinegar and pepper sauce, season with salt and pepper and toss to combine. Let the tomatoes sit for about an hour.

Cook the spaghetti according package directions, less one minute. Drain the pasta and return it to the pot, add the tomatoes and toss to combine. Cover and set pot of pasta over medium-high heat for 1-2 minutes.

Transfer the pasta to a serving platter or bowl, drizzle with the remaining olive oil, sprinkle with basil and pine nuts and toss to combine. Sprinkle with grated pecorino Romano and serve.

Were you a free-range kid? Where was your favorite place to roam? Feel free to share!

2 thoughts on “Around the Lake & Spaghetti with Fresh Tomatoes & Basil”